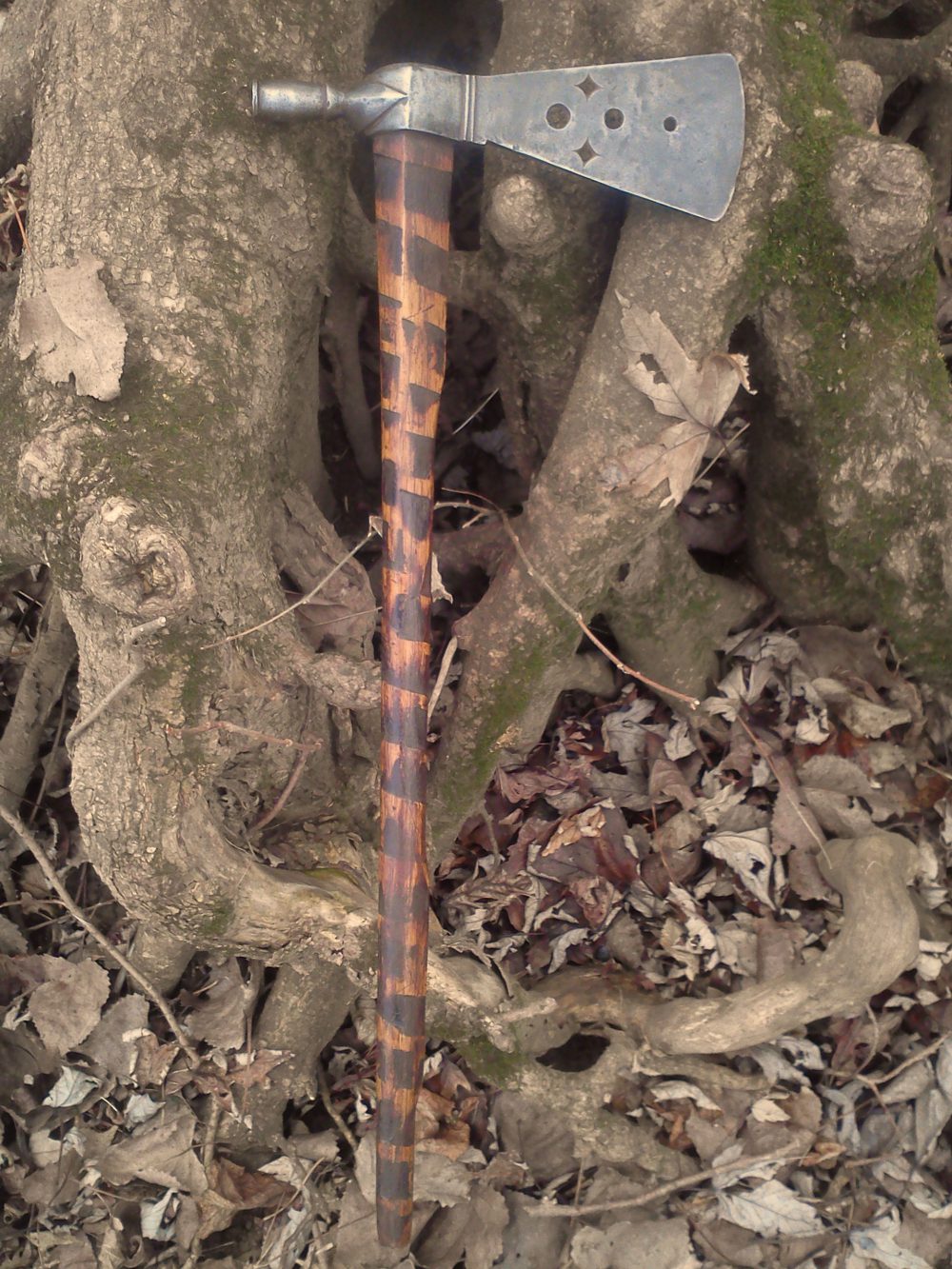 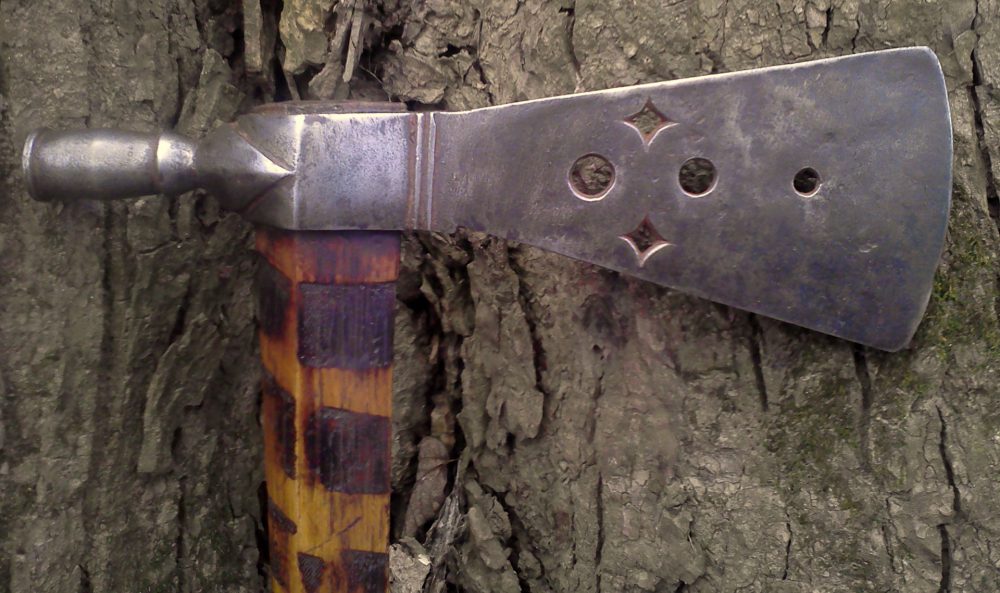 “I searched for several months for a museum quality plains pipe tomahawk but only found replicas that were offered as 19th-century pieces and replicas with poor quality. Both mostly looked so bad that I didn’t want to have them in my collection. Then I found Todd Bitler’s website and was surprised. His work in his gallery site and his explanation on it pleased me so much that I decided to contact him and ask for a custom made Plains pipe tomahawk. I send Todd pictures from two original pieces that I wanted to have combined: a pierced blade from one tomahawk and the bowl from another.

I was very happy that Todd took my order. Before he started we fixed every detail: Shape, size, material and even patina. During the manufacturing process, we frequently changed emails and he sent pictures. Several months later, I received an awesome Pipe tomahawk that was even better than expected. It has an incredible patina; I love every forging mark on the blade and every bump on the stem.

I will definitively make another custom order when I have decided what kind of weapon I would like to have next.”