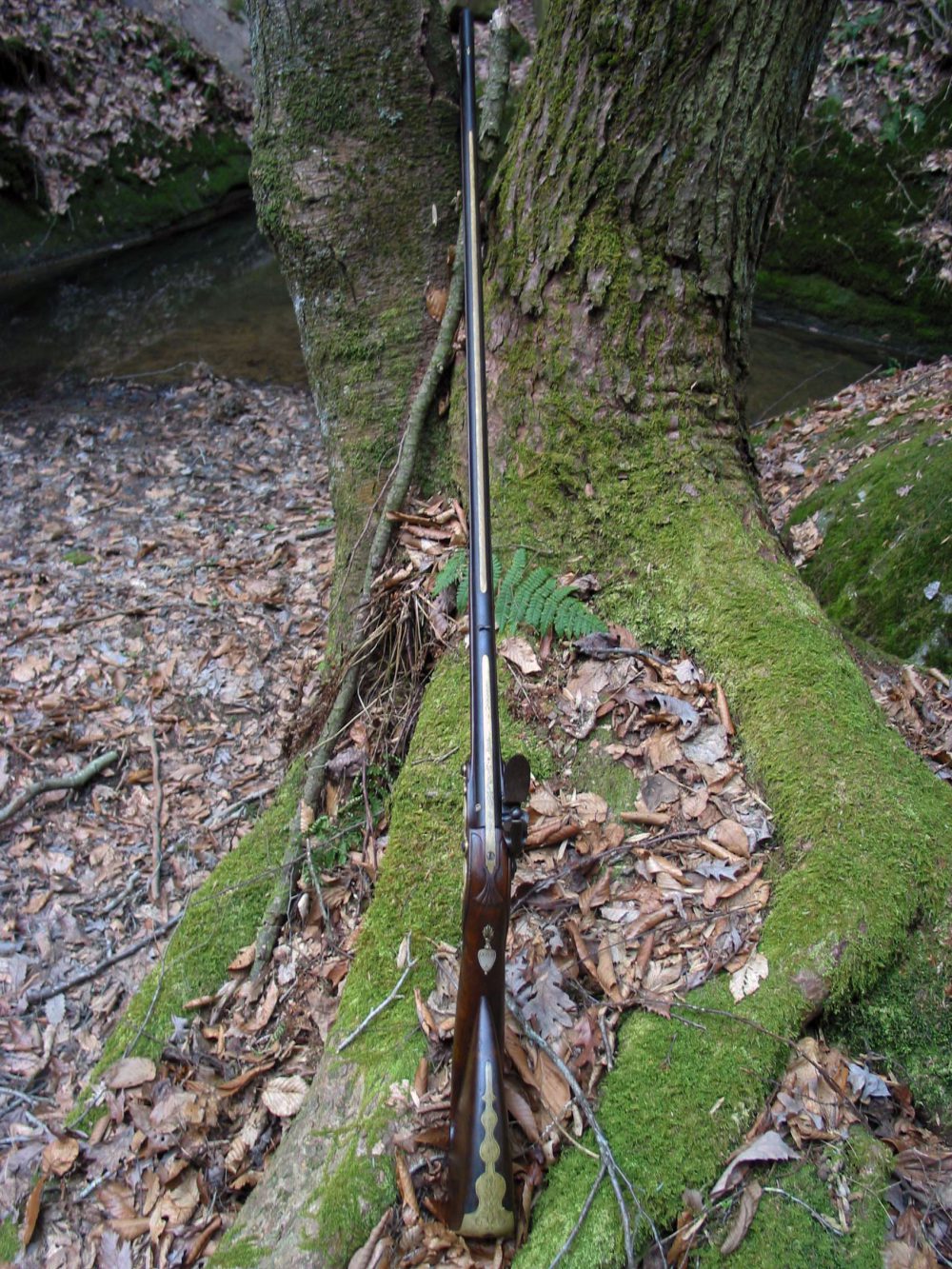 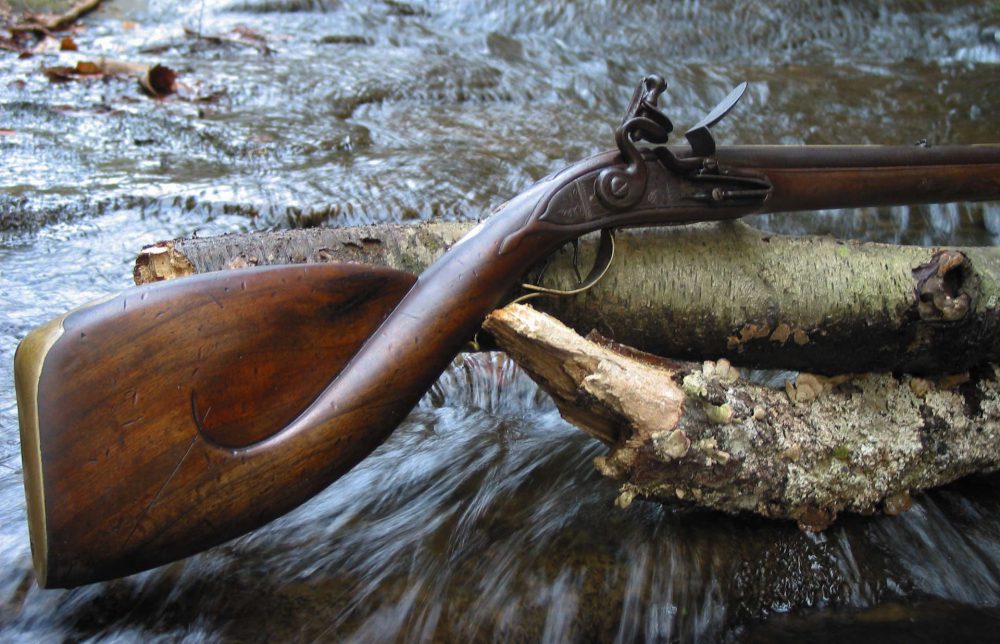 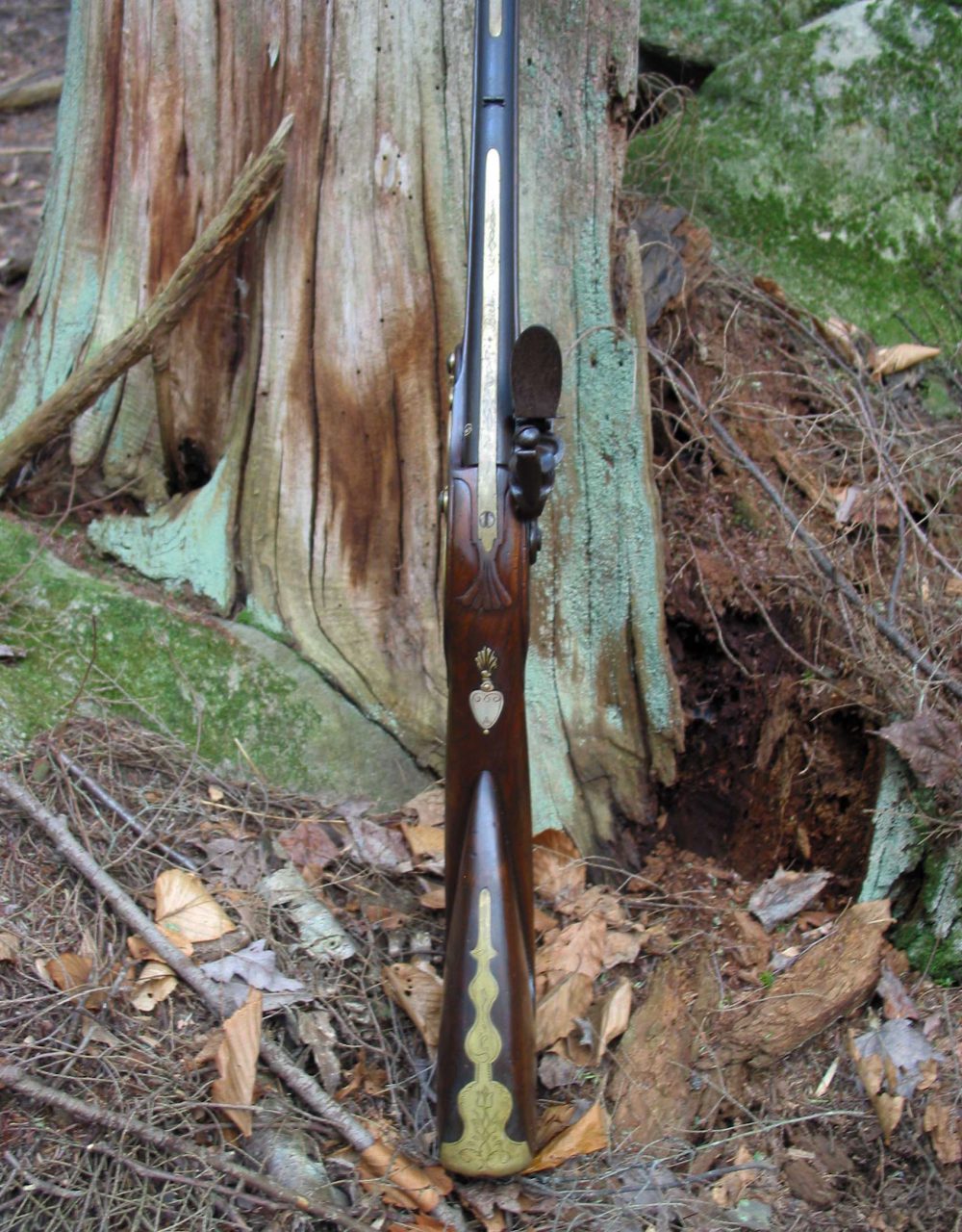 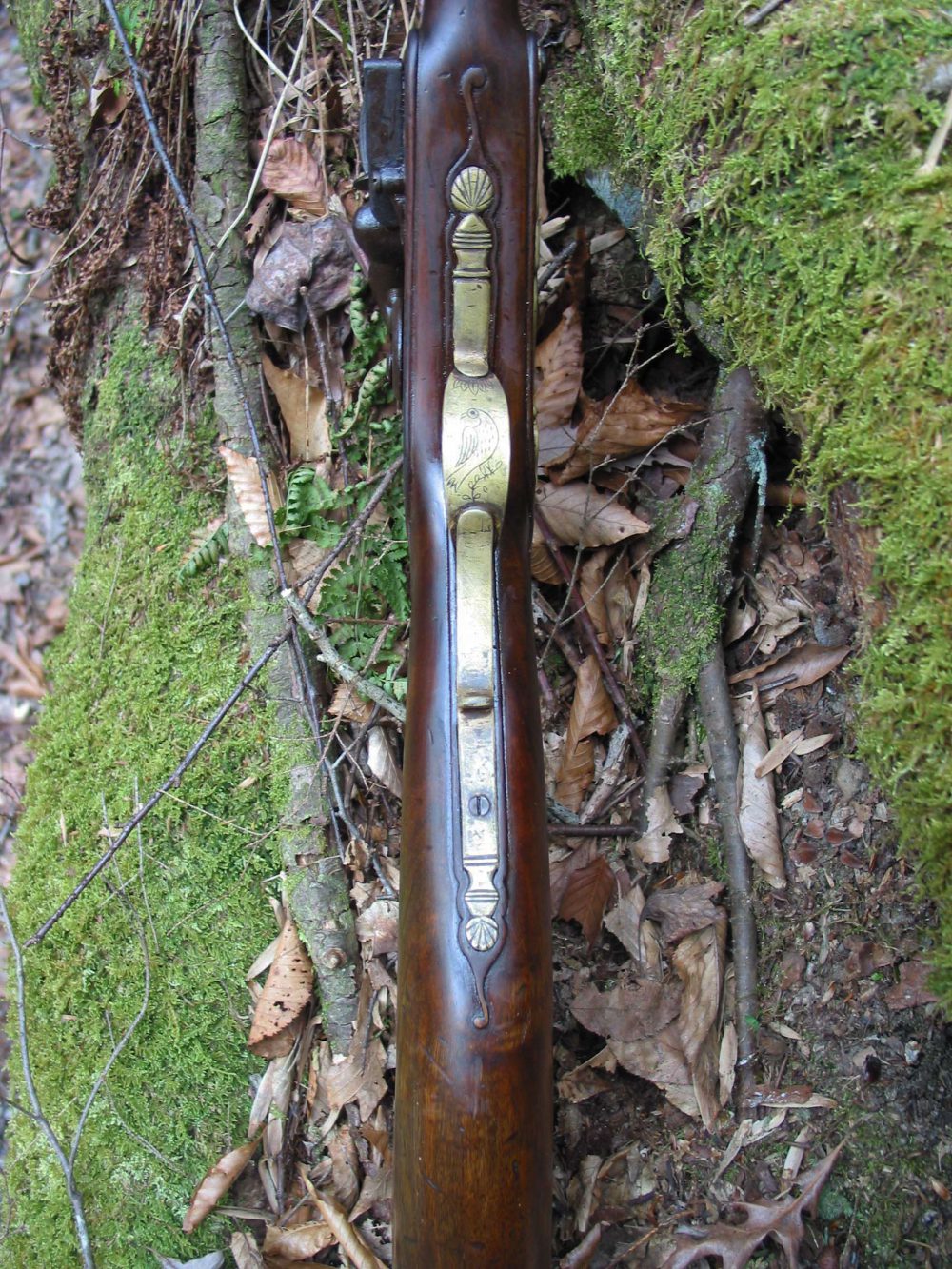 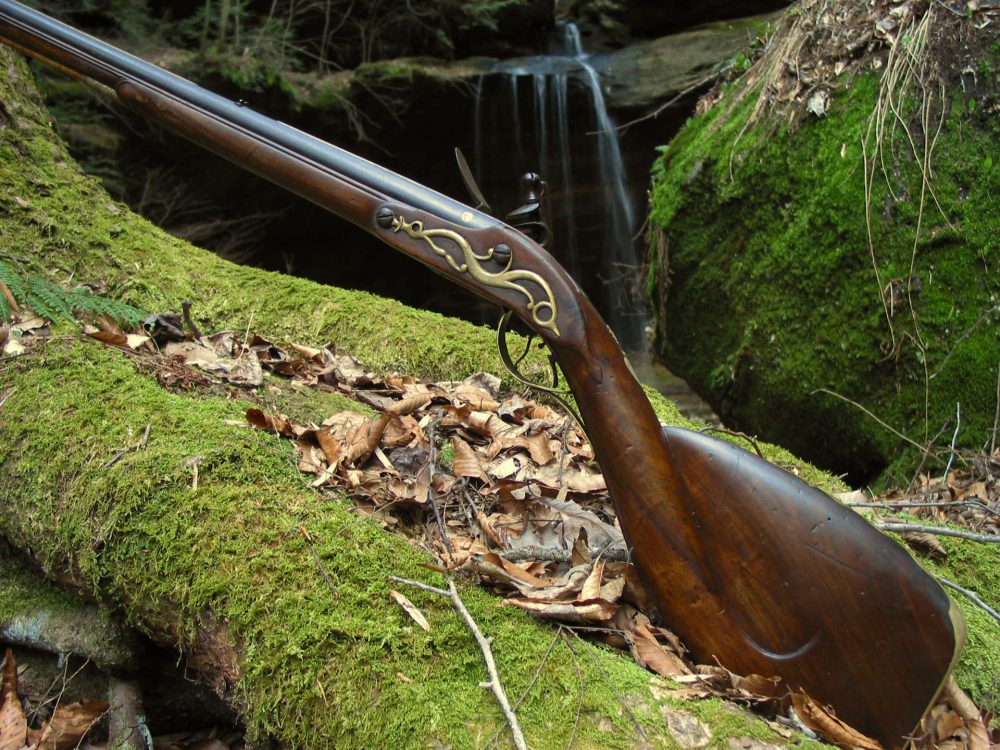 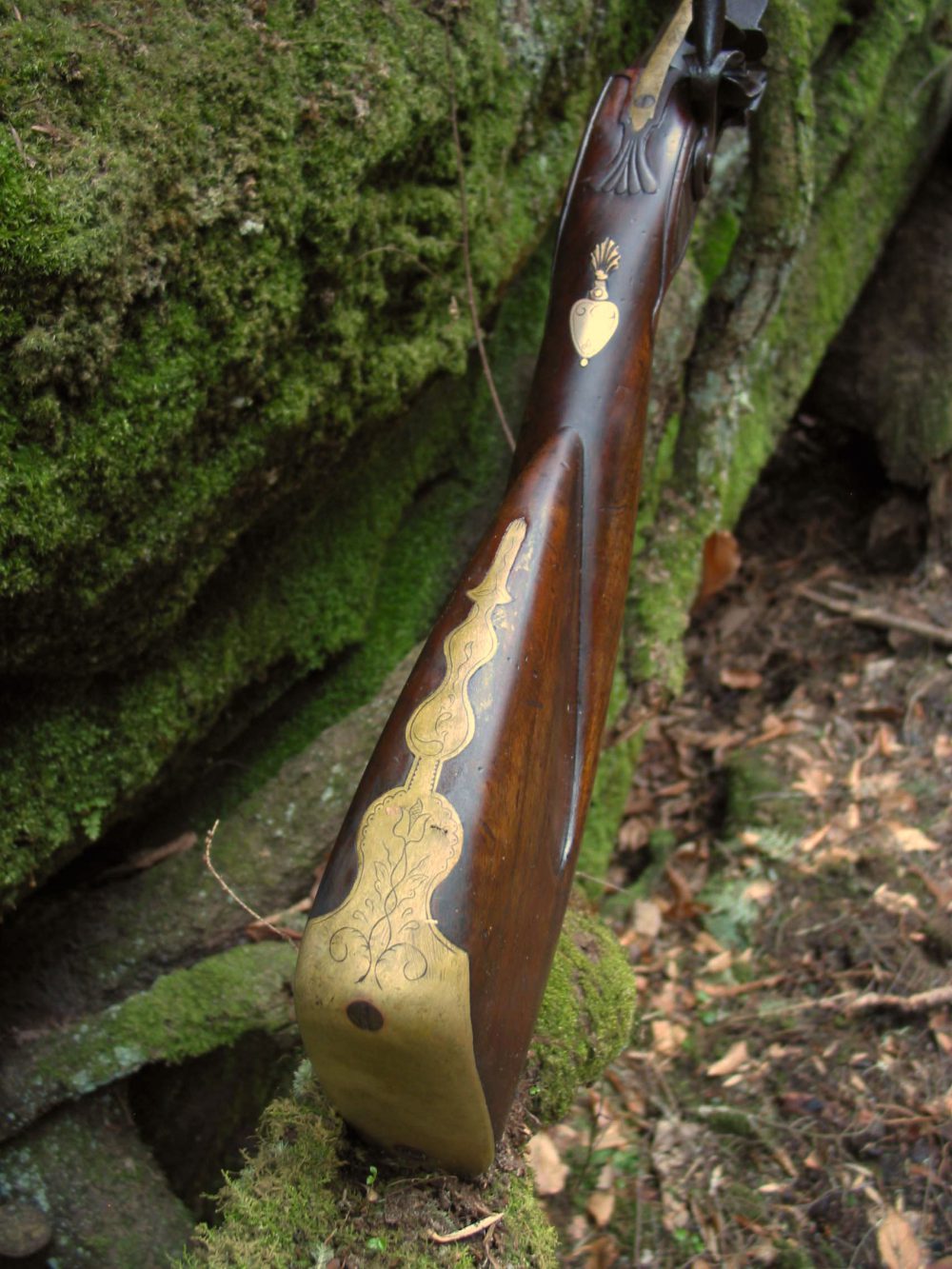 Club Butt Fowlers were some of the first guns brought to this continent through the Upper Hudson River Valley by the Dutch traders who established a trading post at Fort Nassau. Once this post was abandoned, these guns were then taken to Fort Orange, farther up the Hudson River. This region was heavily populated with many Native American tribes eager to trade furs for newly discovered goods with the gun being one of the most valuable and important items.

These Fowlers were well liked and became popular from the 1650s well into the late 1700s. The specific features of a Fowler that made it a favorite to the Indians included better quality locks, barrels, stock wood and fancier brass mountings than any of the trade gun available. It was said that an Indian would trade twice the amount of furs to acquire a Fowler than a trade gun. The Club Butt Fowler was used daily by the Indians as these guns were well-suited to their needs so much so that the barrels became thin and worn and sometimes even fractured. When this occurred, the barrels were often cut back and shortened to make them useful again.

In addition to the Club Butt Fowler, some other favorite fowling pieces of the Indians included the New England, Hudson Valley and the French, English and Dutch Fowlers. Each of these Fowlers had their distinguishing characteristics and were traded North well into present day Canada and West to the Ohio River Valley.

Why I Chose to Make this Gun

I chose to build this gun because of its unique and pleasing architecture. The flowing features and tasteful drop of the butt stock with a long thin barrel line caught my eye as well as the fact that it’s one of the most unique Fowlers I’ve even seen. The characteristics that make the gun unique include double set triggers enclosed in a rifle style trigger guard and a rear sight typically found only on rifled guns (not found on a smooth-bore).

About this 1710 Club Butt Fowler Flintlock

The Club Butt Fowler that I replicated is featured in the Early American Flintlocks book by James B. Whisker and David B. Hartzler (page 32-33). The original is in the David Condon Collection.